Brad Schwartz - 'Scarface and the Untouchable: Al Capone, Eliot Ness, and the Battle for Chicago' 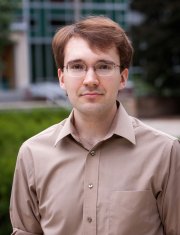 Co-authors Max Allan Collins and A. Brad Schwartz combine the narrative skill of a master novelist (Collins) with the scholarly rigor of a trained historian (Schwartz).  Drawing upon decades of research into the personal papers of Ness and his associates—as well as newly released federal files and long-forgotten crime magazine interviews with the gangsters and G-men themselves—the authors have recaptured a bygone, bullet-ridden era and uncovered the truth behind Scarface's downfall.

A. Brad Schwartz is the author of Broadcast Hysteria: Orson Welles's War of the Worlds and the Art of Fake News, based in part on research from his senior thesis at the University of Michigan in Ann Arbor. He cowrote a documentary about the War of the Worlds broadcast for the PBS series American Experience. He is currently a doctoral candidate in American history at Princeton University.

Scarface and the Untouchable: Al Capone, Eliot Ness, and the Battle for Chicago (Paperback)

The new definitive history of gangster-era Chicago–a landmark work that is as riveting as a thriller. Now featuring a new preface and bonus material.

A CHICAGO PUBLIC LIBRARY BEST BOOK OF THE YEAR