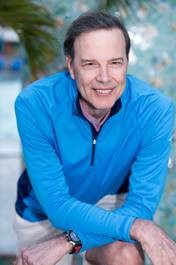 In this remarkable, groundbreaking book, a documentarian and conservationist, determined to dispel misplaced fear and correct common misconceptions, explores in-depth the secret lives of sharks--magnificent creatures who play an integral part in maintaining the health of the world's oceans and ultimately the planet.

At once a deep-dive into the misunderstood world of sharks and an urgent call to protect them, Emperors of the Deep celebrates this wild species that hold the key to unlocking the mysteries of the ocean--if we can prevent their extinction from climate change and human hunters.

There will be an abridged 20 minute screening of the author’s unreleased documentary, Emperors of the Deep, followed by a Q&A.

McKeever will donate a portion of the proceeds of book sales to Greenpeace.

WILLIAM MCKEEVER lives in New York City, where he writes books and produces films about ocean conservation. This book is a result of his two-year journey around the world to reveal sharks in a new light. His feature-length documentary about sharks—also titled Emperors of the Deep—is forthcoming. He is the founder of Safeguard the Seas.

Emperors of the Deep: Sharks--The Ocean's Most Mysterious, Most Misunderstood, and Most Important Guardians (Hardcover)

“Emperors of the Deep is a must-read for anyone in love with our oceans and concerned with averting the looming ecological destruction of our planet. McKeever brings to light the importance of sharks and their role as ancient guardians of the seas.”—John Hocevar, Oceans Campaign Director, Greenpeace USA