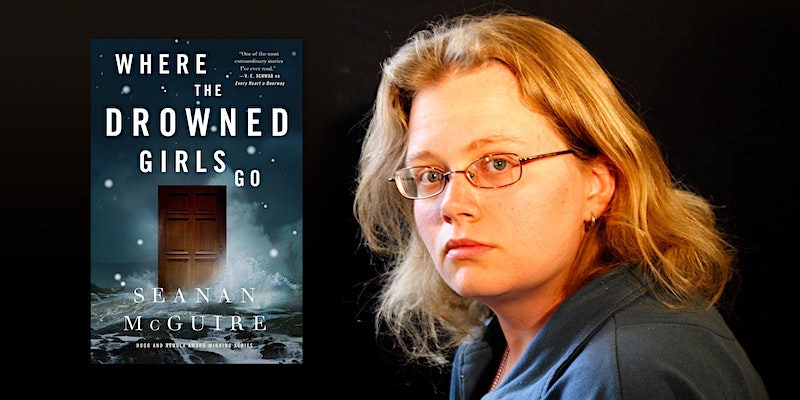 In conversation with Cat Rambo, author of You Sexy Thing

In the seventh installment of the Wayward Children series students at an anti-magical school rebel against the oppressive faculty.

Welcome to the Whitethorn Institute. The first step is always admitting you need help, and you've already taken that step by requesting a transfer into our company. There is another school for children who fall through doors and fall back out again.

It isn't as friendly as Eleanor West's Home for Wayward Children.

And it isn't as safe.

SEANAN McGUIRE is the author of the Hugo, Nebula, Alex, and Locus Award–winning Wayward Children series; the October Daye series; the InCryptid series; the delightfully dark Middlegame; and other works. She also writes comics for Marvel, darker fiction as Mira Grant, and younger fiction as A. Deborah Baker. Seanan lives in Seattle with her cats, a vast collection of creepy dolls, horror movies, and sufficient books to qualify her as a fire hazard. She won the 2010 John W. Campbell Award for Best New Writer, and in 2013 became the first person to appear five times on the same Hugo ballot.

CAT RAMBO (they/them) lives, writes, and teaches somewhere in the Pacific Northwest. Their 250+ fiction publications include stories in Asimov’s, Clarkesworld Magazine, and The Magazine of Fantasy and Science Fiction. In 2020 they won the Nebula Award for fantasy novelette Carpe Glitter. They are a former two-term President of the Science Fiction and Fantasy Writers of America (SFWA) and a former editor of Fantasy Magazine as well as multiple anthologies.

In Where the Drowned Girls Go, the next addition to Seanan McGuire's beloved Wayward Children series, students at an anti-magical school rebel against the oppressive faculty

"Welcome to the Whitethorn Institute. The first step is always admitting you need help, and you’ve already taken that step by requesting a transfer into our company."

Just when they thought they were out…

TwiceFar station is at the edge of the known universe, and that’s just how Niko Larson, former Admiral in the Grand Military of the Hive Mind, likes it.