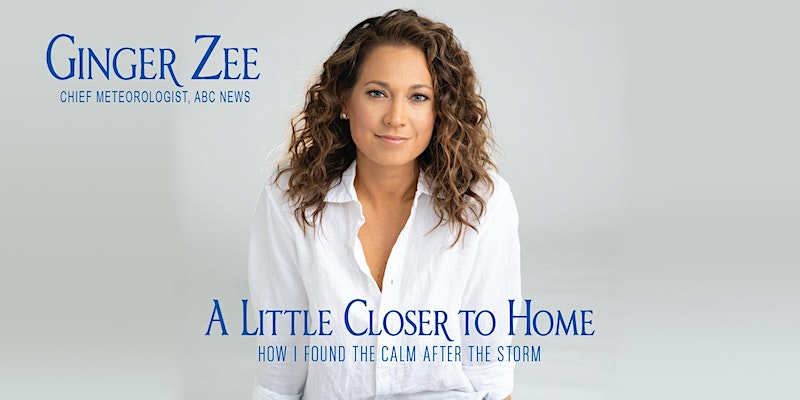 When Ginger Zee, the ABC chief meteorologist, opened her life to readers in Natural Disaster, the response was enormous. She put a very relatable if surprising face on depression and has helped lessen the stigma surrounding mental health issues. In this moving follow-up, Ginger shares her truest self. She spent most of her life shielding her vulnerabilities from the world all while being a professional people pleaser. Her stormy childhood, her ongoing struggles with crippling depression, her suicide attempts, and many other life experiences will resonate with readers who are likely to see themselves along the way.

In spite of its serious subject matter, Ginger's positive, life-affirming outlook comes through loud and clear. Written with great heart and quite a bit of humor, Ginger normalizes issues and challenges millions of people face every day. A Little Closer to Home will broaden the conversation around mental health at a time we need it more than ever.

Ginger Zee is the Chief Meteorologist for ABC News, forecasting for and reporting on the nation's weather from Good Morning America to World News Tonight. Zee has been on the ground before, during and after almost every major weather event and dozens of historic storms including Hurricane Katrina. She watched as the eye of Superstorm Sandy passed over Atlantic City and then covered the devastated Jersey Shore; she was there for the 2020 California wildfires and for the unprecedented number of hurricanes on the Gulf Coast. Zee's dedication to science began at an early age, watching powerful thunderstorms rush across Lake Michigan. Her passion for meteorology brought her to stormchase in college at Valparaiso University where she earned her bachelor of science in meteorology.

Tickets for this event must be purchased on Eventbrite.

A Little Closer to Home: How I Found the Calm After the Storm (Hardcover)

In Ginger Zee's follow-up to the bestselling Natural Disaster, the ABC chief meteorologist takes readers on a much deeper journey of self discovery.