Christopher Swann | A Fire in the Night (online) 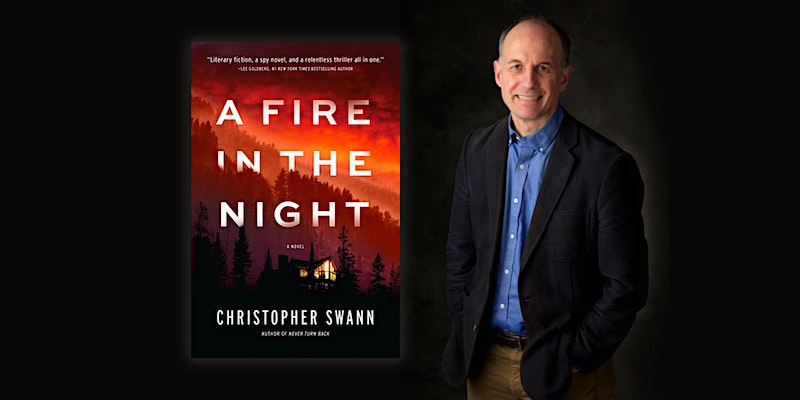 In conversation with Shawn A. Cosby.

A book that's literary fiction, a spy novel, and a relentless thriller all in one.

Nick Anthony has retreated to the North Carolina mountains to mourn the untimely death of his wife. Once a popular professor, Nick just wants to be left alone with his grief. But when his estranged brother and sister-in-law die in a house fire, a stunned Nick learns he has a niece, Annalise, who is missing.

At the scene of the crime, the men who set the fire have realized Annalise, and the information they are looking for, got away. Feverish and exhausted, she stumbles onto her uncle's porch, throwing Nick into the middle of the mystery of her parents' death and the dangerous criminals hunting her down.

Hired to retrieve the stolen information at any price, private military contractor Cole and his team track Annalise to Nick's cabin. But Nick has a hidden past of his own--and more than a few deadly tricks up his sleeve.

Christopher Swann is a graduate of Woodberry Forest School in Virginia. He earned a B.A. in English from Washington and Lee University, an M.A. in English and creative writing from the University of Missouri-Columbia, and a Ph.D. in creative writing from Georgia State University. He is the author of Never Turn Back.  He lives with his wife and two sons in Atlanta, where he is the English department chair at Holy Innocents' Episcopal School.

A Fire in the Night: A Novel (Hardcover)