Jacqueline L. Jackson - 'Loving You, Thinking of You, Don't Forget to Pray: Letters to My Son in Prison' (Reserved Seating Available) 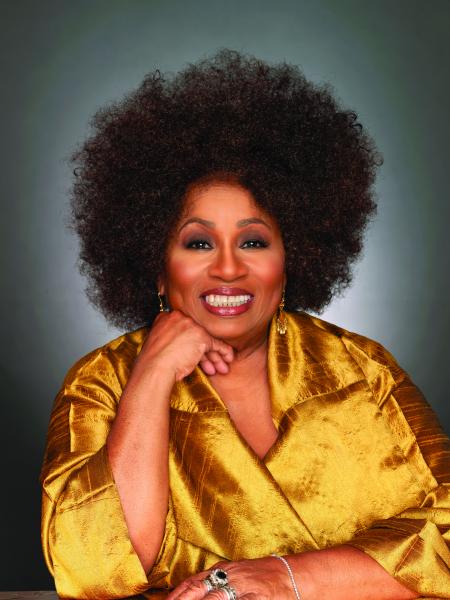 Jacqueline Jackson and Former Congressman Jesse Jackson, Jr will discuss what writing and receiving these letters meant to each of them. The discussion will be lead by April Smith, local marketing agent, friend and former NC A&T classmate of Jessie Jackson, Jr.

Jackson promised her son, Congressman Jesse L. Jackson, Jr., that she would write him every day during his incarceration in federal prison to serve his thirty-month sentence. This book is an inspiring and moving selection of the letters she wrote him. Together, they comprise a powerful act of love—nurturing and ministering to her son's heart, health, and mind and maintaining his essential connection with home. Frank, anecdotal, imbued with faith, and sometimes humorous, they offer intimate details from the family’s daily life, along with news of friends and the community and glimpses of such figures as Nelson Mandela, Winnie Mandela, and Mayor Marion Barry. They also touch eloquently on issues of social justice, politics, and history, as when Mrs. Jackson recalls growing up in Jim Crow Florida, and they reflect the qualities, instilled by her own mother, that made her a role model for much of her life. Ultimately, these letters offer a blueprint for why we have to support our families not just as they elevate but when they fall. This collection is Mrs. Jackson's contribution to healing during a time when our prisons are full and our communities are suffering. She provides the road map for ensuring that the individuals serving sentences understand that prison is where they are, not who they are and for helping them sustain the courage to keep hope alive.

Jacqueline L. Jackson is the wife of civil rights leader Reverend Jesse L. Jackson, Sr. and the mother of five children. She is a committed public servant through the Rainbow PUSH Coalition, a supporter of equality for women, and an advocate for strong family bonds and relationships. The Jackson's have been married for fifty-five years, and they continue to push for equality, justice, and economic empowerment across all color lines. Mrs. Jackson hosts a woman's luncheon at the annual Rainbow PUSH Coalition conference in Chicago, where she invites speakers to address women's issues of the day. She attended the March on Washington for the #MeToo movement and continues to influence thought leaders in her community. This is her first book. She lives in Chicago and Washington, DC.

Seats will be available for the public without any purchase required. If you'd like a reserved seat and priority signing line ticket, you can prepurchase the book­. For big events all seats may fill up as we are limited in the number of people we can accommodate in-store. For more info on reserving a seat, click here.

Loving You, Thinking of You, Don't Forget to Pray: Letters to My Son in Prison (Hardcover)

From Jacqueline Jackson, wife of Jesse Jackson, role model, and civil rights veteran, comes an inspiring gift of love to a child in his darkest hour—and a lesson to everyone who has been touched by the scourge of mass incarceration.