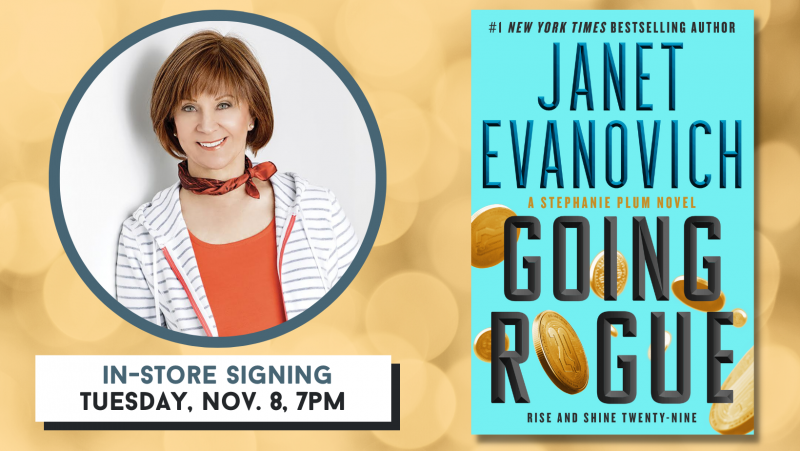 Monday mornings aren’t supposed to be fun, but they should be predictable. However, on this particular Monday, Stephanie Plum knows that something is amiss when she turns up for work at Vinnie’s Bail Bonds to find that longtime office manager Connie Rosolli, who is as reliable as the tides in Atlantic City, hasn’t shown up. Stephanie’s worst fears are confirmed when she gets a call from Connie’s abductor. He says he will only release her in exchange for a mysterious coin that a recently murdered man left as collateral for his bail. Unfortunately, this coin, which should be in the office—just like Connie—is nowhere to be found.

Full of surprises, thrills, and humor, Going Rogue reveals a new side of Stephanie Plum, and shows Janet Evanovich at her scorching, riotous best.

*This is a signing-line event only. Janet will sign, personalize, and take photos!

Janet Evanovich has written a staggering forty-two New York Times bestsellers. In addition to her #1 bestselling Stephanie Plum novels and many other popular books, Janet is the author of The Recovery Agent, the start of a blockbuster new series.

Monday mornings aren’t supposed to be fun, but they should be predictable.