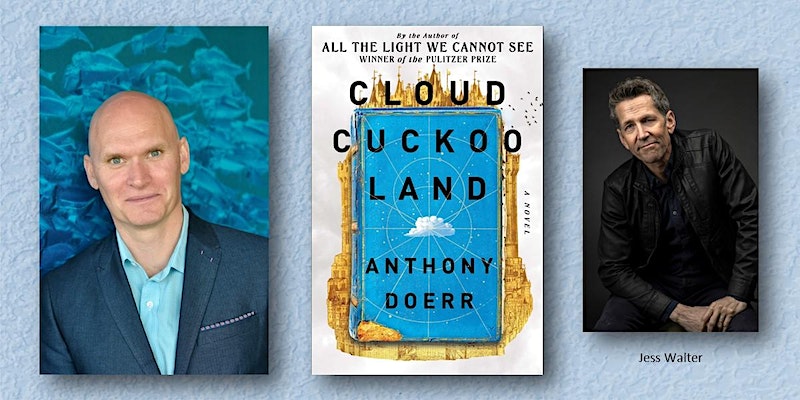 In conversation with Jess Walter (The Cold Millions, Beautiful Ruins)

Publishers Weekly calls Cloud Cuckoo Land “a marvel” in its starred review. The novel is a triumph of imagination and compassion, a soaring narrative about children on the cusp of adulthood in a broken world, who find resilience, hope, and story. Hauntingly beautiful and redemptive, Cloud Cuckoo Land is about stewardship—of the book, of the Earth, and of the human heart. The first 50 registrants will receive signed bookplates with their copy of the book.

Jess Walter is the author of nine books, most recently the national bestseller The Cold Millions and #1 New York Times bestseller, Beautiful Ruins; The Zero, finalist for the National Book Award; and Citizen Vince, winner of the Edgar Award. His work has been published in 32 languages and his short fiction has appeared three times in Best American Short Stories. He lives in Spokane, Washington, with his family.

Register for this event on Eventbrite.