Diane Chamberlain | The Last House on the Street (in store) 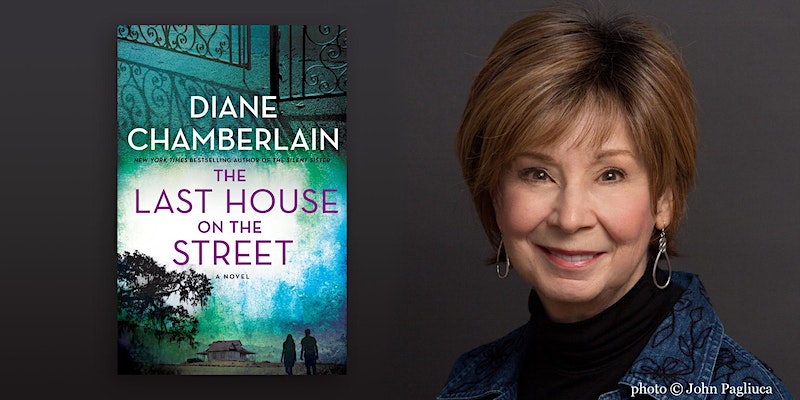 A community's past sins rise to the surface when two women, a generation apart, find themselves bound by tragedy and an unsolved, decades-old mystery.

1965
Growing up in the well-to-do town of Round Hill, North Carolina, Ellie Hockley was raised to be a certain type of proper Southern lady. Enrolled in college and all but engaged to a bank manager, Ellie isn't as committed to her expected future as her family believes. She's chosen to spend her summer break as a volunteer helping to register black voters. But as Ellie follows her ideals fighting for the civil rights of the marginalized, her scandalized parents scorn her efforts, and her neighbors reveal their prejudices. And when she loses her heart to a fellow volunteer, Ellie discovers the frightening true nature of the people living in Round Hill.

2010
Architect Kayla Carter and her husband designed a beautiful house for themselves in Round Hill's new development, Shadow Ridge Estates. It was supposed to be a home where they could raise their three-year-old daughter and grow old together. Instead, it's the place where Kayla's husband died in an accident--a fact known to a mysterious woman who warns Kayla against moving in. The woods and lake behind the property are reputed to be haunted, and the new home has been targeted by vandals leaving threatening notes. And Kayla's neighbor Ellie Hockley is harboring long buried secrets about the dark history of the land where her house was built.

Two women. Two stories. Both on a collision course with the truth--no matter what that truth may bring to light—in Diane Chamberlain's riveting, powerful novel about the search for justice.

DIANE CHAMBERLAIN is the New York Times and USA Today bestselling author of twenty-eight novels including Big Lies in a Small Town and Necessary Lies. She lives in Raleigh with her partner John Pagliuca and Shetland Sheepdog, Cole.

The Last House on the Street: A Novel (Hardcover)