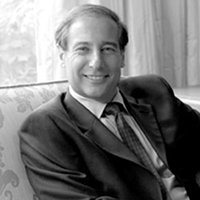 This event will be held virtually! Click here to register.

A tale as riveting and suspenseful as any thriller: the true story of the Nazi plot to kill the leaders of the United States, Great Britain, and the U.S.S.R. during World War II.

The year is 1943 and the three Allied leaders—Franklin D. Roosevelt, Winston Churchill, and Joseph Stalin—are meeting for the first time at a top-secret conference in Tehran. But the Nazis have learned about the meeting and Hitler sees it as his last chance to turn the tide. Although the war is undoubtedly lost, the Germans believe that perhaps a new set of Allied leaders might be willing to make a more reasonable peace in its aftermath.

Immediately, a highly trained team of Nazi commandos is assembled and parachuted into Iran. They have six days to complete the daring assignment before the statesmen will return home. With no margin for error and little time to spare, Mike Reilly, the head of FDR’s Secret Service detail—a man from a Montana silver mining town who describes himself as “an Irish cop with more muscle than brains”—must overcome his suspicions and instincts to work with a Soviet agent from the NKVD (the precursor to the KGB) to save the three most powerful men in the world.

Night of the Assassins is a suspenseful true-life tale about an impossible mission, a ticking clock, and one man who stepped up to the challenge and prevented a world catastrophe.

Howard Blum is the author of the New York Times bestseller and Edgar Award winner American Lightning, as well as Wanted!, The Gold of Exodus, Gangland, The Floor of Heaven, and, most recently, a 2018 New York Times Notable Book: In the Enemy's House. Blum is a contributing editor at Vanity Fair. While at the New York Times, he was twice nominated for a Pulitzer Prize for investigative reporting.

Night of the Assassins: The Untold Story of Hitler's Plot to Kill FDR, Churchill, and Stalin (Hardcover)

American Lightning: Terror, Mystery, and the Birth of Hollywood (Paperback)

In this masterpiece of narrative history, acclaimed author Howard Blum evokes the original "crime of the century" and an aftermath even more dramatic than the crime itself–a seminal episode in America’s history that would spark national debate and draw into its orbit master sleuth William J. Burns, crusading lawyer Clarence Darrow, and industry-shaping filmmaker D. W.

In the Enemy's House: The Secret Saga of the FBI Agent and the Code Breaker Who Caught the Russian Spies (Paperback)

The New York Times bestselling author of Dark Invasion and The Last Goodnight once again illuminates the lives of little-known individuals who played a significant role in America’s history as he chronicles the incredible true story of a critical, recently declassified counterintelligence mission and two remarkable agents whose story has been called "the