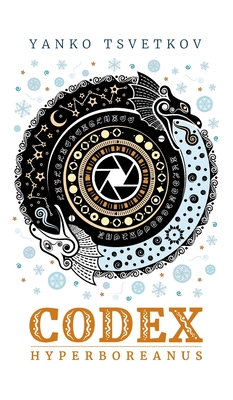 "Love, my dear, is the opium of the masses "

A tyrannical queen rules the island of Severia with an iron fist, while her loyal vizierienne is determined to persuade her that in the art of government and politics, it is better to be loved than feared.

The steaks are high. Those who challenge the views of the trigger-happy monarch often perish in terrifying circumstances. Some fall down the stairs of the palace. Others die strangled by their own intestines. The most daring offenders are publicly beheaded by the queen's trusted headswoman, Esther. She is a talented executioner whose fame spreads as far as the kingdom of Cynocephalia, inhabited by dog-headed people. Its ruler, King Anubis II, is an obsessive-compulsive bureaucrat who follows the letter of the law with religious vigor.

Only reckless explorers and hopeless criminals dare to sail in the stormy waters of the Arctic Ocean that surround the Far North, where there is nothing but nothingness. The lucky among them die from hypothermia, while the rest are maimed and eaten by polar unicorns-sea monsters with insatiable appetite for human flesh. Farther away, unbeknown to the rest of the world, lie the scattered islands of the Cycloptic archipelago, where the mighty Hyperborean Empire rises and falls in splendid isolation.

The first Hyperborean to reach the Old World is a ginger-haired giant who gets stranded on a beach in the queendom of Epiphagia. Its founders adopted a philosophy called egalitarianism and as a result their descendants evolved into headless freaks who speak a strange language called French. Their queen, Marie Antoinette, is a woman with a big heart and an even bigger addiction to pastry.

With Codex Hyperboreanus Yanko Tsvetkov embarks on yet another journey through an imaginary world, where myth, romance, horror, and politics blend in a captivating amalgam of comic fantasy. A seasoned storyteller and bestselling author, Tsvetkov again draws inspiration from One Thousand and One Nights and medieval literature to effortlessly reinvent their timeless subjects to modern sensibilities. The stories complement those found in the previous book from the Apophenia series, Sex, Drugs and Tales of Wonder. The accompanying illustrations are once again drawn by Tsvetkov's creative alter ago, Alphadesigner.