The Sentence Is Death (MP3 CD) 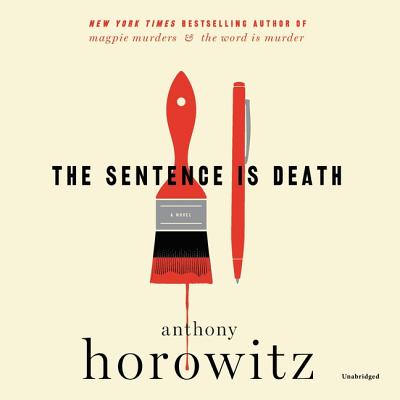 By Anthony Horowitz, Rory Kinnear (Read by)
$39.99
Email or call for price.

“I really love this series by Anthony Horowitz. The mystery behind the murders is so expertly plotted and layered that you could make a case for any suspect. In this book, a divorce lawyer is found dead in his home after being beaten over the head with a VERY expensive bottle of wine, and the number 182 is painted on his wall. When Private Investigator Daniel Hawthorne drives onto the set of Horowitz’s TV show shoot, Horowitz has no choice but to follow his lead and write about the case. As always, I’m anxiously awaiting the next in this series.”
— Nichole Cousins, White Birch Books, North Conway, NH

“Private investigator Daniel Hawthorne has a new case, so he tracks down Anthony Horowitz to be his sidekick and write up the notes for their three-book deal as he investigates. Richard Pryce, a highly sought-after divorce attorney known for both his well-publicized success and his strict ethics, was bludgeoned to death with an excessively expensive bottle of wine, a 1982 Chateau Lafite worth thousands — high-priced and odd murder weapon. By all accounts he was a prince of a guy, yet he was in a field riddled with high emotions and grudges. Hawthorne, the curmudgeonly detective, will get to the bottom of the case, and Horowitz will write a rip-snorting yarn exposing the guilty.”
— Deon Stonehouse, Sunriver Books & Music, Sunriver, OR

Death, deception, and a detective with quite a lot to hide stalk the pages of Anthony Horowitz's brilliant murder mystery, the second in the bestselling series starring Private Investigator Daniel Hawthorne.

These, heard over the phone, were the last recorded words of successful celebrity-divorce lawyer Richard Pryce, found bludgeoned to death in his bachelor pad with a bottle of wine--a 1982 Chateau Lafite worth 3,000, to be precise.

Odd, considering he didn't drink. Why this bottle? And why those words? And why was a three-digit number painted on the wall by the killer? And, most importantly, which of the man's many, many enemies did the deed?

Baffled, the police are forced to bring in Private Investigator Daniel Hawthorne and his sidekick, the author Anthony, who's really getting rather good at this murder investigation business.

But as Hawthorne takes on the case with characteristic relish, it becomes clear that he, too, has secrets to hide. As our reluctant narrator becomes ever more embroiled in the case, he realizes that these secrets must be exposed--even at the risk of death . . .