Semicolon: The Past, Present, and Future of a Misunderstood Mark (MP3 CD) 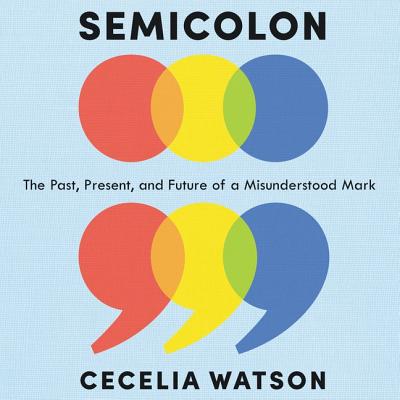 A page-turning, existential romp through the life and times of the world's most polarizing punctuation markThe semicolon. Stephen King, Hemingway, Vonnegut, and Orwell detest it. Herman Melville, Henry James, and Rebecca Solnit love it. But why? When is it effective? Have we been misusing it? Should we even care?

In Semicolon, Cecelia Watson charts the rise and fall of this infamous punctuation mark, which for years was the trendiest one in the world of letters. But in the nineteenth century, as grammar books became all the rage, the rules of how we use language became both stricter and more confusing, with the semicolon a prime victim. Taking us on a breezy journey through a range of examples--from Milton's manuscripts to Martin Luther King Jr.'s "Letters from Birmingham Jail" to Raymond Chandler's The Big Sleep--Watson reveals how traditional grammar rules make us less successful at communicating with each other than we'd think. Even the most die-hard grammar fanatics would be better served by tossing the rule books and learning a better way to engage with language.

Through her rollicking biography of the semicolon, Watson writes a guide to grammar that explains why we don't need guides at all, and refocuses our attention on the deepest, most primary value of language: true communication.