Be Free or Die: The Amazing Story of Robert Smalls' Escape from Slavery to Union Hero (MP3 CD) 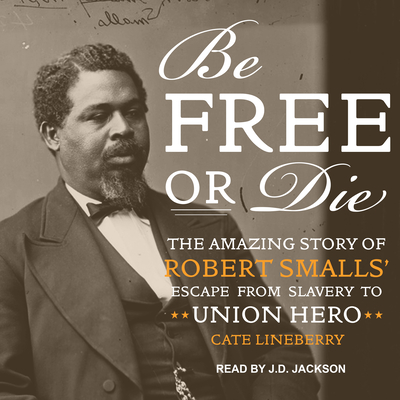 Facing death rather than enslavement-a story of one man's triumphant choice and ultimate rise to national hero. It was a mild May morning in Charleston, South Carolina, in 1862, the second year of the Civil War, when a twenty-three-year-old slave named Robert Smalls did the unthinkable and boldly seized a Confederate steamer. With his wife and two young children hidden on board, Smalls and a small crew ran a gauntlet of heavily armed fortifications in Charleston Harbor and delivered the valuable vessel and the massive guns it carried to nearby Union forces. To be unsuccessful was a death sentence for all. Smalls' courageous and ingenious act freed him and his family from slavery and immediately made him a Union hero while simultaneously challenging much of the country's view of what African Americans were willing to do to gain their freedom. After his escape, Smalls served in numerous naval campaigns off Charleston as a civilian boat pilot and eventually became the first black captain of an Army ship. In a particularly poignant moment Smalls even bought the home that he and his mother had once served in as house slaves.