Will of a Tiger (Paperback) 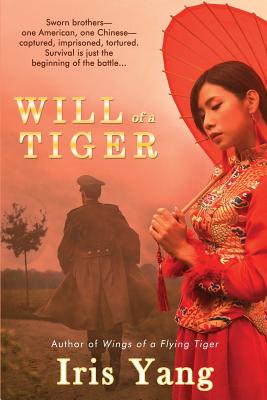 Sworn brothers-one American, one Chinese-captured, imprisoned, tortured. Survival is just the beginning of the battle...

In the summer of 1945, both airmen's planes go down in Yunnan Province of China during one of many daring missions. They are captured, imprisoned, and tortured by the Japanese for information about the atomic bomb. Just days before the end of WWII, Danny makes an irrevocable decision to save Birch's life.

For Birch, surviving the war is only the beginning of the battle. He must deal with the dreadful reality in China-the civil war, the separation of the country, the death of one friend in the Communist-controlled Mainland and another under the Nationalist government, and his wrongful imprisonment in Taiwan.

From Chungking to Yunnan, and from Taiwan to San Francisco, the sequel to Wings of a Flying Tiger takes readers along on an epic journey.