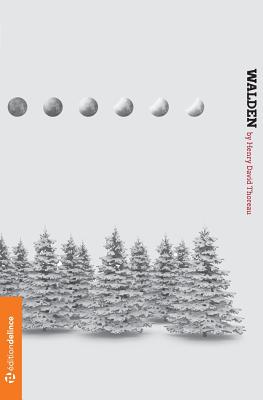 Henry David Thoreau's 1854 Walden is an indisputable masterpiece of American literature. The book is an intensely influential philosophical work exploring Thoreau's decision to expand his understanding of society through personal introspection from a small cabin at the edge of Concord Massachusetts.

Rather than devolving into Luddite or antiquarian escapism, Thoreau takes this reprise from daily life to engage in philosophical explorations of man, nature and those things which mediate between the two. These explorations are the central reason why Walden endures within the cannon of American philosophical thought and would go on to confer the moniker, "the father of environmentalism" upon Thoreau.

Thoreau's decision to move into the woodlands near Walden Pond initiates an exploration of a central theme; the exploration of barriers between man and nature (ultimately the divine). Imminently quotable and often paraphrased, Walden offers the reader a number starting points for examining our environment and the nature of our relationship with the aforesaid.

Walden stands the test of time because the concepts explored within this work are perennial in nature. "We do not ride on the railroad; it rides upon us", quoted from the book could easily question our 21st century relationship with digital technology. Moreover, the American belief in self-reliance is expanded in Walden into the concept of spiritual self-reliance.