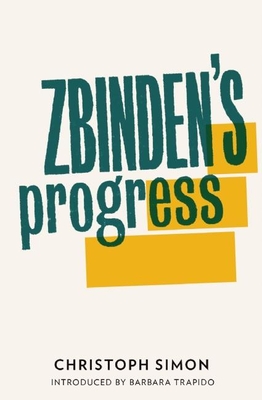 Lukas Zbinden leans on the arm of his carer in an old people's home. Step by step, the devoted walker recounts his life with his late wife and his son. She loved nature walks; he loved city streets. What was the secret of their lifelong love? And why is it so hard for him to talk to his son? A life-affirming novel about love.

Christoph Simon was born in 1972 in Switzerland. After travels through the Middle East, Poland, South America, London, and New York, he settled in Bern, Switzerland.

Christoph Simon: Christoph Simon (b 1972 Emmental, Switzerland) After travels through the Middle East, Poland, South America, London and New York, he has settled in Berne. He is married with two children.Barbara Trapido: Barbara Trapido, born 1941 as Barbara Schuddeboom, is a British novelist. Born in Cape Town and growing up in Durban she studied at the University of Natal gaining a BA in 1963 before emigrating to London.Donal McLaughlin: Born in Derry in 1961, but resident in Scotland since 1970, Donal McLaughlin is a freelance writer and translator (from German, mainly).