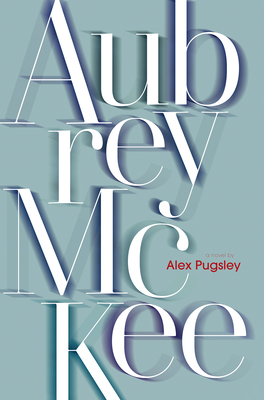 A novel comprised of connected short stories about a boy coming of age in 1970-80s Halifax, Aubrey McKee is the first in a five-part series of autobiographical novels. The second novel, The Education of Aubrey McKee, concerning the narrator's arrival in Toronto as a young man, is forthcoming from Biblioasis.

Alex Pugsley is a writer and filmmaker originally from Nova Scotia. He is the co-author of the novel Kay Darling. A winner of multiple awards, including the Journey Prize, his fiction has appeared in Brick, The Walrus, and McSweeney's, among other publications, and for the last two years in Best Canadian Stories. As a screenwriter or story editor, he's worked on over 170 episodes of television, writing for performers such as Dan Aykroyd, Mark McKinney, and Michael Cera. Recently he wrote and directed the film Dirty Singles, which was nominated for Best Canadian Feature at the Vancouver International Film Festival and is available now on iTunes.