A Light in the Sky (Hardcover) 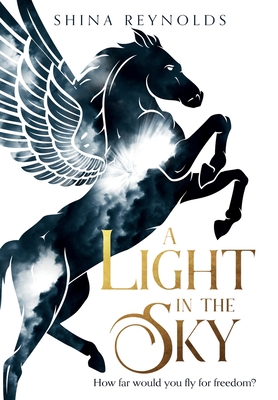 Seventeen-year-old Aluma Banks has always dreamed of soaring freely through the skies astride a powerful winged steed of her own. But flying is a privilege granted only to the Riders of the king's Empyrean Cavalry, the aerial warriors who defend the borders of their land from the fallen kingdom of Laithlann.

Each year, Rider hopefuls across Eirelannia compete in the Autumn Tournament for the honor of joining the Cavalry. Aluma, trained to ride and fight by her retired Empyrean Rider father, knows she has what it takes to prove herself worthy-if only her father hadn't forbidden her from joining their ranks, in the hope of protecting his only daughter from the perils of war. To make matters worse, Thayer, Aluma's best friend who could be becoming something more, is competing-and if he wins, he'll leave her behind.

When Aluma's father is tragically injured just before the Tournament, she finds herself unexpectedly thrust into this year's competition. But as Aluma begins to pursue her dreams, she learns devastating secrets about the king and his never-ending war with Laithlann. In her quest for the truth, Aluma discovers a power deep within herself that may be the only way to save Eirelannia and the people she loves from the darkness that threatens to consume them all.