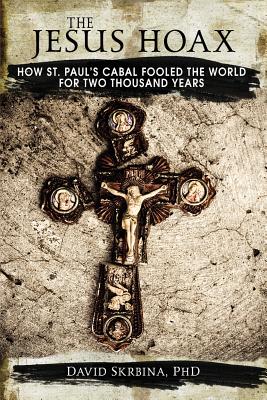 Jesus of Nazareth is one of the most famous men in history. There are good reasons to believe that he walked the earth some two thousand years ago, and was eventually crucified.

But what about Jesus Christ, son of God? What if he never existed? What if the divine, virgin-born, resurrected Jesus Christ was a myth, a lie--even a hoax? That would have huge implications for modern-day Christianity; it would mean that there is a gigantic falsehood at the core of the religion of some two billion people.

In this book, Dr. David Skrbina presents a profound and stunning theory: that St. Paul and a band of friends constructed a 'Jesus hoax.' They took a kernel of truth based on Jesus, the man, and turned him into the divine savior of humanity. They did so as a way to strike back at the hated Roman Empire, and to undermine its strength among the common people. The absolute lack of corroborating evidence for the so-called biblical Jesus, and the fact that key documents such as the four Gospels were written decades after his time, all support this theory.

Everyone, regardless of religious belief, needs to be aware of this astonishing story. This is not just ancient history; it has vast implications for many areas of modern life.