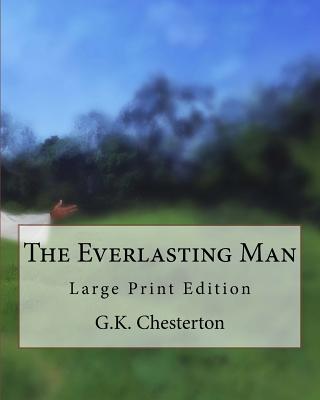 Prefatory Note 4 Introduction: The Plan of This Book 5 PART I: ON THE CREATURE CALLED MAN 17 I The Man in the Cave 17 II Professors and Prehistoric Men 38 III The Antiquity of Civilisation 58 IV God and Comparative Religion 90 V Man and Mythologies 113 VI Demons and Philosophers 132 VII The War of the Gods and Demons 158 VIII The End of the World 176 PART II: ON THE MAN CALLED CHRIST 194 I The God in the Cave 194 II The Riddles of the Gospel 215 III The Strangest Story in the World 231 IV The Witness of the Heretics 250 V The Escape from Paganism 273 VI The Five Deaths of the Faith 295 CONCLUSION: THE SUMMARY OF THIS BOOK 310 Appendix I. On Prehistoric Man 322 Appendix II. On Authority and Accuracy 324 This book needs a preliminary note that its scope be not misunderstood The view suggested is historical rather than theological, and does not deal directly with a religious change which has been the chief event of my own life; and about which I am already writing a more purely controversial volume. It is impossible, I hope, for any Catholic to write any book on any subject, above all this subject, without showing that he is a Catholic; but this study is not specially concerned with the differences between a Catholic and a Protestant. Much of it is devoted to many sorts of Pagans rather than any sort of Christians; and its thesis is that those who say that Christ stands side by side with similar myths, and his religion side by side with similar religions, are only repeating a very stale formula contradicted by a very striking fact. To suggest this I have not needed to go much beyond matters known to us all; I make no claim to learning; and have to depend for some things, as has rather become the fashion, on those who are more learned. As I have more than once differed from Mr. H. G. Wells in his view of history, it is the more right that I should here congratulate him on the courage and constructive imagination which carried through his vast and varied and intensely interesting work; but still more on having asserted the reasonable right of the amateur to do what he can with the facts which the specialists provide. INTRODUCTION THE PLAN OF THIS BOOK There are two ways of getting home; and one of them is to stay there. The other is to walk round the whole world till we come back to the same place; and I tried to trace such a journey in a story I once wrote. It is, however, a relief to turn from that topic to another story that I never wrote. Like every book I never wrote, it is by far the best book I have ever written. It is only too probable that I shall never write it, so I will use it symbolically here; for it was a symbol of the same truth. I conceived it as a romance of those vast valleys with sloping sides, like those along which the ancient White Horses of Wessex are scrawled along the flanks of the hills. It concerned some boy whose farm or cottage stood on such a slope, and who went on his travels to find something, such as the effigy and grave of some giant; and when he was far enough from home he looked back and saw that his own farm and kitchen-garden, shining flat on the hill-side like the colours and quarterings of a shield, were but parts of some such gigantic figure, on which he had always lived, but which was too large and too close to be seen. That, I think, is a true picture of the progress of any really independent intelligence today; and that is the point of this book.