The Bus to Beulah (Paperback) 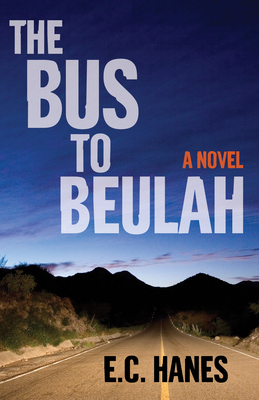 On her way to a new job in America, Maria Puente accidentally discovers a human trafficking ring. Fearing exposure, the American company that manages the operation--with the help of their Mexican partners--kidnaps Maria. Maria's disappearance triggers a desperate search, by her family and local law enforcement, to find her before the kidnappers can permanently dispose of her. As the investigation unfolds, long-time Hogg County high sheriff Will Moser confronts Albert Waters, a powerful businessman who Will suspects knows about Maria's disappearance--but Albert and his Mexican cartel partners prove to be brick walls. At the urging of his wife, Lana, Will calls on Elijah Kahn, a man he got to know while serving in Vietnam who now runs one of the largest international security firms in the world. The idea of working with men who are rightly known as mercenaries troubles Will, but he knows he'll never find Maria without Elijah's help--and when Lana reminds Will of the debt they owe to Tomas Delgado, Maria's uncle, his hesitation evaporates. Organized in an hour-by-hour structure, The Bus to Beulah is a taut thriller that culminates in a massive, heatrt-pounding chase to save Maria--before she disappears forever.