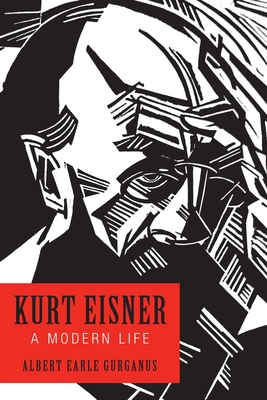 By Albert Earle Gurganus
$59.95
On our shelves now

At the end of the First World War, German Jewish journalist, theater critic, and political activist Kurt Eisner (1867-1919), just released from prison, led a nonviolent revolution in Munich that deposed the monarchy and established the Bavarian Republic. Local head of the Independent Socialists, Eisner had been jailed for treason after organizing a munitions workers' strike to force an armistice. For a hundred days, as Germany spiraled into civil war, Eisner fought as head of state to preserve calm while implementing a peaceful transition to democracy and reforging international relations. He rejected another central German government dominated by Prussia in favor of a confederation of autonomous equals, a "United States of Germany." A Francophile, he sought ties with Paris in hope of containing Prussia. In February 1919, on the way to submit his government's resignation to the newly elected constitutional assembly, Eisner was shot by a protofascist aristocrat, plunging Bavaria into political chaos from which Adolf Hitler would emerge. At the centenary of the Bavarian Revolution and Republic of 1918/19, this is the first comprehensive biography of Eisner written for an English-language audience.

Albert Earle Gurganus is Professor Emeritus of Modern Languages at The Citadel. He is the author of The Art of Revolution: Kurt Eisner's Agitprop (Camden House, 1986).