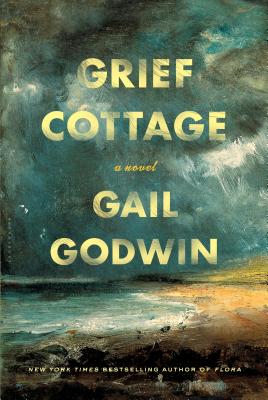 “This is a lovely story about a young boy who goes to live with his great aunt after his mother dies. It’s sad, it’s poignant, and though billed as a ghost story, it’s less about a ghost (although there is an appearance...) and more about the ghosts of our past and about how as we age, we take them with us.”
— Joanne Berg, Mystery to Me, Madison, WI

The haunting tale of a desolate cottage, and the hair-thin junction between this life and the next, from bestselling National Book Award finalist Gail Godwin.

After his mother's death, eleven-year-old Marcus is sent to live on a small South Carolina island with his great aunt, a reclusive painter with a haunted past. Aunt Charlotte, otherwise a woman of few words, points out a ruined cottage, telling Marcus she had visited it regularly after she'd moved there thirty years ago because it matched the ruin of her own life. Eventually she was inspired to take up painting so she could capture its utter desolation.

The islanders call it "Grief Cottage," because a boy and his parents disappeared from it during a hurricane fifty years before. Their bodies were never found and the cottage has stood empty ever since. During his lonely hours while Aunt Charlotte is in her studio painting and keeping her demons at bay, Marcus visits the cottage daily, building up his courage by coming ever closer, even after the ghost of the boy who died seems to reveal himself. Full of curiosity and open to the unfamiliar and uncanny given the recent upending of his life, he courts the ghost boy, never certain whether the ghost is friendly or follows some sinister agenda.

Grief Cottage is the best sort of ghost story, but it is far more than that--an investigation of grief, remorse, and the memories that haunt us. The power and beauty of this artful novel wash over the reader like the waves on a South Carolina beach.

Gail Godwin is a three-time National Book Award finalist and the bestselling author of twelve critically acclaimed novels, including Violet Clay, Father Melancholy's Daughter, Evensong, The Good Husband and Evenings at Five. She is also the author of The Making of a Writer, her journal in two volumes (ed. Rob Neufeld). She has received a Guggenheim Fellowship, National Endowment for the Arts grants for both fiction and libretto writing, and the Award in Literature from the American Academy of Arts and Letters. Gail Godwin lives in Woodstock, New York.

"[Godwin] remains a forensically skillful examiner of her characters' motives, thoughts and behavior. Grief Cottage revisits some of her favorite themes--fractured families, parentless children, the initial shock and long-term repercussions of death and disappearance, how the future can run off course in a flash--to make the very good point that it doesn't require a ghost to haunt a life . . . Deeply satisfying." - New York Times

"Godwin may flirt with the magical, but she deals firmly with the realism of depression and loss. It's those psychological ghosts that Grief Cottage is really about." - Washington Post

"Compelling . . . an ambiguous, beguiling tale in which the presence of the supernatural is entangled with--and perhaps precipitated by--characters who are undergoing an emotional crisis." - The Economist

"Godwin's riveting and wise story of the slow coalescence of trust and love between a stoic artist and a grieving boy . . . subtly and insightfully explores different forms of haunting and vulnerability, strength and survival . . . Word will spread quickly about Godwin's tender and spellbinding supernatural novel." - Starred Review, Booklist

"An exquisite narrative . . . This grace-filled story probes aspects of life and death, isolation and family, and how great pain and loss can ultimately lead to unforeseen transcendence." - Starred Review, Shelf Awareness

"Marcus' fascination with the ghostly presence of an adolescent boy, thought to have perished at Grief Cottage in a hurricane, allows Godwin to explore themes of loss, connection, and growth unfettered by the corporeal world." - Kirkus Reviews

"Godwin, who has been nominated three times for the National Book Award and written some of the late-20th-century's most affecting prose, is at age 80 nothing if not centered and engaged. . . . Grief Cottage concerns an orphan named Marcus and some ghosts, but it's really about how each of us is haunted, even when we don't acknowledge it." - Lit Hub

"Like Henry James's classic, The Turn of the Screw, Grief Cottage is less a paranormal thriller than an exploration of the psyche's creative tactics to survive trauma . . . Godwin shows she is still at the top of her craft, using the fragile link between living and spirit to illuminate a young man's coming of age in this keenly observed, powerful novel." - BookPage

"Grief Cottage is an absorbing and wise novel. Gail Godwin convincingly expands the meanings of haunting well beyond the appearance of the ghost-boy who triggers Marcus Harshaw's uncanny--and canny--journey of self-discovery." - Washington Independent Review of Books

"Godwin again works her magic in a novel at once uplifting and somber. An author whose skills have entranced readers for 45 years, Godwin will turn 80 this month. But do not fret over a mere number, one which has in no way diminished her power to appeal to the intellectual and emotional sides of human existence . . . Grief Cottage melds literary and popular fiction, glows with Godwin's heart and humanity and reflects the wisdom of her years." - Richmond Times-Dispatch

"[Godwin] knows how to make the atmosphere tense and make your skin tingle. At 80, the author, who grew up in Asheville and graduated from UNC, is returning to long-favorite themes: longings and loss, motherless children and the repercussions of death . . . Grief Cottage is not the fluffy stuff of many a summer beach read, but it's well worth a place in your beach bag this summer." - Raleigh News & Observer

"Gail Godwin peers into the souls of her characters to find the healing nature of kindness, tolerance and love." - Minneapolis Star Tribune

"Godwin, a three-time National Book Award finalist, mixes horror and mystery tropes with literary musings on growing up and growing old. The result is a sort of supernatural bildungsroman, less a traditional ghost story and more a cautionary tale about the specter of impermanence . . . Full of curiosity and spectacle . . . the novel succeeds in questioning the uncanny and finding life even in a ghost story." - Atlanta Journal Constitution

"Godwin handles the supernatural deftly. It's up to the reader whether Marcus actually sees something or is letting his imagination run riot . . . Godwin's descriptions of beach life, from the quality of light over the water to a nest of sea turtles about to hatch, will make you want to drop what you’re doing and head for the ocean immediately." - Star News (Wilmington, NC)

"Whether the ghost is 'real' or the creation of a distressed psyche becomes irrelevant. As in Godwin's favorite story, Henry James' The Turn of the Screw, it could go either way, and despite the heat of the South Carolina summer, there is a peculiar chill in the air." - Alabama Public Radio

"Can the needs of the living and dead sometimes merge? Eleven-year-old Marcus's desire to believe so leads him, and us, on a harrowing and unforgettable journey toward an answer. Grief Cottage further confirms that Gail Godwin is one of our country's very finest novelists." - Ron Rash, author of THE RISEN and ABOVE THE WATERFALL

"No one writes about the psychological weight of the human condition like Gail Godwin. In Grief Cottage Godwin is able to conjure on the page what few of us can conjure in our minds: the implications of loss and time and what it means to be haunted by both." - Wiley Cash, New York Times bestselling author of THIS DARK ROAD TO MERCY and A LAND MORE KIND THAN HOME