The Tides of Mind: Uncovering the Spectrum of Consciousness (Paperback) 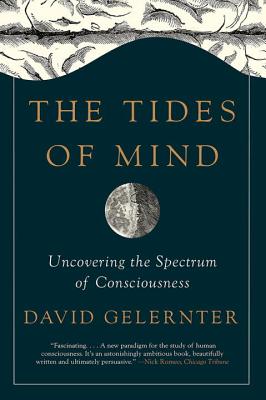 By David Gelernter
Hard to find: allow 24 hours for information

"The arch-genius…has some radical ideas about the supremacy of the human mind…[Gelernter] is a computer virtuoso who happens to find human consciousness even more entrancing than the most amazing digital apparatus." —Time

The holy grail of scientists and psychologists since the beginning of artificial intelligence has been to replicate thought patterns of the human mind. Challenging the notion that this can ever be achieved through state-of-the-art research, legendary AI authority David Gelernter—a "rock star" (New York Times) of the computing world—surprisingly turns to literature, hoping that the works of introspective geniuses like Shakespeare, J. M. Coetzee, and Karen Blixen can help answer the same fundamental questions that neuroscientists have been struggling with for generations. Indeed, Gelernter’s landmark "spectrum of consciousness" decodes some of the deepest, most mysterious aspects of the human mind, such as the numinous light of early childhood, why sadism and masochism underpin some of our greatest artistic achievements, and why dreams often do predict the future. With "penetrating insight and a graceful, inviting presentation" (National Review), The Tides of Mind revolutionizes our very understanding of what it means to be a human being.

David Gelernter is the author of eight books and a professor of computer science at Yale University. His 1991 work, Mirror Worlds, not only "foresaw" (Reuters) the World Wide Web but is considered "one of the most influential books in computer science" (Technology Review). Gelernter's research has proved important to several leading Web-search efforts, and has been central in the development of the Java programming language as well as the first modern social network. He lives in Woodbridge, Connecticut.

The problem of consciousness sits at the heart of neuroscience, and it is into this question that Yale computer-science professor David Gelernter steps with his fascinating The Tides of Mind…[A] rich portrait of different modes of thinking, something like Proust’s masterly descriptions of the workings of memory.

Sometimes it takes an expert to recognize when expertise is not enough…Gelernter employs not algorithms but introspection, personal reflection, and an engagement with a broad range of literary sources.
— Kathryn Tabb - American Scholar

Fascinating…Gelernter marshals evidence from psychological and scientific research as well as the works of Marcel Proust, Franz Kafka, Austen, Charlotte Bronte, Ernest Hemingway, J.M. Coetzee and many others to advance a new paradigm for the study of human consciousness. It’s an astonishingly ambitious book, beautifully written and ultimately persuasive.
— Nick Romeo - Chicago Tribune