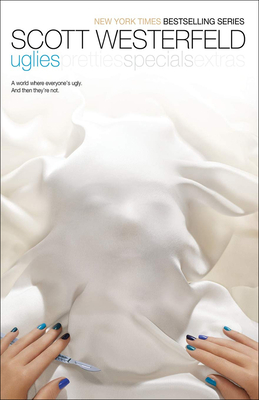 The Uglies series has more than 3 million books in print, has been translated into twenty-seven languages, and spent more than fifty weeks on the New York Times bestseller list. Now all four books feature fresh new covers and will reach an even wider audience.

Tally's adventures begin in Uglies, where she learns the truth about what life as a Pretty really means. She rebels against the surgery that will make her a Pretty, but ultimately succumbs. In Pretties, Tally has forgotten all about her Ugly life, and when she's reminded, she has a hard time listening. And what little's left of the old Tally is further compromised in Specials, because Tally has been transformed into a fierce fighting machine. But when she's offered a chance to forever improve civilization, will she be able to overcome her brainwashing? The answer is evident years later in Extras, after the Pretty regime has ended. Boundless human creativity, new technologies, and old dangers have been unleashed upon the world. But fame and popularity can be just as dangerous as extreme beauty....