A Postcard from the Delta (Paperback) 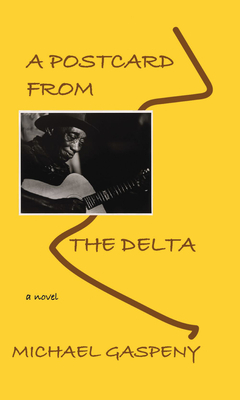 Two of my favorite authors have new books. The second author is Michael Gaspeny from Greensboro, whose novel in verse, The Tyranny of Questions, remains one of the most thought-provoking books I’ve read. His new novel, A Postcard from the Delta, is the story of Johnny Spink, a young football star in his hometown of Spinkville, Arkansas. While dialing through the radio searching for a football game, he happens on a blues station. His newfound love of the blues and his mentor's daughter force him to confront racial disparities in the south and the privileges he enjoys as a young white male. Both of these books will make for thoughtful reading and lively book club discussions.

Fueled by the Blues, football, and guilt, white small-town hero Johnny Spink's future explodes when he falls for an African-American girl, the brilliant daughter of his mentor. During a quest to the Mississippi Delta, Johnny is crushed by the blues he craves and becomes a scapegoat mortally endangered by racial strife.