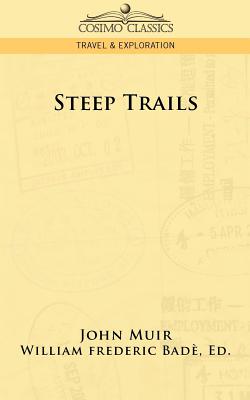 When the north wind blows, bathing in Salt Lake is a glorious baptism, for then it is all wildly awake with waves, blooming like a prairie in snowy crystal foam. Plunging confidently into the midst of the grand uproar you are hugged and welcomed, and swim without effort, rocking and heaving up and down, in delightful rhythm, while the winds sing in chorus and the cool, fragrant brine searches every fiber of your body; and at length you are tossed ashore with a glad Godspeed, braced and salted and clean as a saint. -from "Bathing in Salt Lake" Perhaps the most important of the founders of the modern conservation movement and an immense influence on animal-rights philosophies, John Muir was a champion of the preservation of unspoiled wilderness. His studies and surveys of Yosemite Valley and the Sierra Nevada mountains in the late 19th century-and his love of their untamed beauty-led directly to federal protection of vast ranges of virgin Western lands. This 1918 collection of Muir's papers features a collection of letters and essays spanning 29 years of Muir's life in the West, much of it written in the field while his impressions were at their freshest and most vivid. Included here are Muir's inspiring thoughts on: . summer days at Mount Shasta . the San Gabriel Valley . Nevada's dead towns . Puget Sound . the forests of Washington . the Grand Canyon . and much more. A legend of the American West and the careful guardianship of the environment-as well as the freedom the natural world represents-Muir's writings are must reading for anyone who appreciates the wild splendor of our planet. Also available from Cosimo Classics: Muir's Letters to a Friend, and Studies of the Sierra. OF INTEREST TO: fans of Muir's life and work, armchair naturalists AUTHOR BIO: Scottish-American naturalist, explorer, and writer JOHN MUIR (1838-1914) helped found the Sierra Club in 1892, and served as its first president. He wrote numerous articles for such publications as Atlantic Monthly, Harper's, and the New York Tribune; among his many books are The Mountains of California (1894), Our National Parks (1901), The Yosemite (1912), and Travels in Alaska (1915).