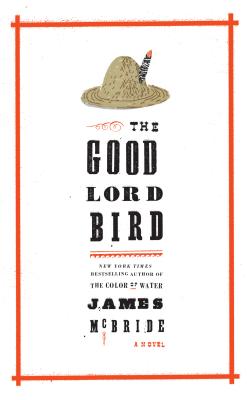 By James McBride
Email or call for price
Out of print

Imagine a comedic novel about slavery.  I couldn't, until I read James McBride's The Good Lord Bird.  He pulled it off brilliantly--a hugely entertaining romp about a young boy (the narrator) who poses as a girl after being freed by the notorious abolitionist John Brown and joins Brown's mission to do away with that "evil institution."  I've never read anything like it.  The New York Timesaddresses the issue:  "...it is officially O.K. to be boldly irreverent about not just the sacrosanct but also the catastrophic. Does this mark the triumph of irony, to the point where it has dulled our emotional response to history?  Or does it denote progress: we’ve come so far from historical horrors that we freely jest about them? Either way, it’s a risky endeavor; maladroit jokes about slavery aren’t just bad, they’re hazardous. It’s a great relief, then, that McBride--with the same flair for historical mining, musicality of voice and outsize characterization that made his memoir, The Color of Water, an instant classic--pulls off his portrait masterfully, like a modern-day Mark Twain: evoking sheer glee with every page."  I promise you will like this book.

James McBride is an accomplished musician and author of the National Book Award-winning "The Good Lord Bird," the #1 bestselling American classic "The Color of Water," and the bestsellers "Song Yet Sung" and "Miracle at St. Anna," which was turned into a film by Spike Lee. McBride is a Distinguished Writer in Residence at New York University.