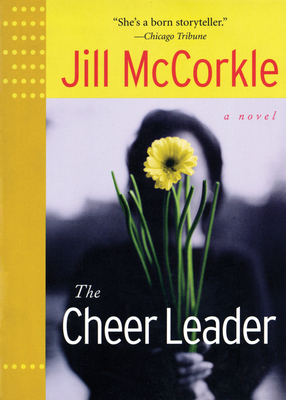 By Jill McCorkle
$12.95
Available from warehouse in 1-5 business days

Jo Spencer is a girl who knows what to be and how to be it-straight-A student, cheerleader, May Queen, popular and cute and virginal, and in perfect control. But halfway through her first year in college in the early seventies, her carefully normal life explodes and she comes completely undone. In The Cheerleader, Jo Spencer looks back, as if she were watching reruns of old syndicated TV shows, to figure out what happened.

Ordinary chance has dumped Sam Swett, age twenty-one, in the Marshboro, North Carolina, Quik Pik in the middle of a murder. Sam has shaved his head, given away all his belongings except his typewriter; he's drunker than he's ever been and running as fast as he can from his upper-middle-class upbringing. For the next twenty-four hours, Sam is propelled straight into the very core of this small Southern town as it sorts through the facts.

Jill McCorkle’s first two novels were released simultaneously when she was just out of college, and the New York Times called her “a born novelist.” Since then, she has published six novels and four collections of short stories, and her work has appeared in Best American Short Stories several times, as well as The Norton Anthology of Short Fiction. Five of her books have been New York Times Notable books, and her most recent novel, Life After Life, was a New York Times bestseller. She has received the New England Booksellers Award, the John Dos Passos Prize for Excellence in Literature, and the North Carolina Award for Literature. She has written for the New York Times Book Review, the Washington Post, the Boston Globe, Garden and Gun, the Atlantic, and other publications. She was a Briggs-Copeland Lecturer in Fiction at Harvard, where she also chaired the department of creative writing. She is currently a faculty member of the Bennington College Writing Seminars and is affiliated with the MFA program at North Carolina State University.