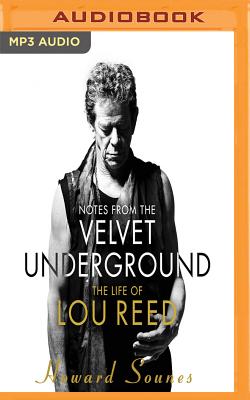 Best known for his sinuous pop hit 'Walk on the Wild Side', Lou Reed was one of the most original and innovative songwriters of the rock era--a sardonic chronicler of underground culture and the dark side of human nature.

In the first major study of the artist since his death in 2013, biographer Howard Sounes shows how Reed's seminal work with the Velvet Underground in the 1960s shaped his career and reveals a talented but tortured man: a bisexual who married three times, an alcoholic and a drug user who struggled with mental health issues, was frequently quarrelsome and could be nasty but was nevertheless capable of writing beautiful songs.

Howard Sounes is known for writing detailed and revelatory biographies of a range of extraordinary personalities, including the murderers Fred and Rosemary West (Fred & Rose), the writer Charles Bukowski (Locked in the Arms of a Crazy Life) and the musicians Bob Dylan (Down the Highway) and Paul McCartney (Fab).