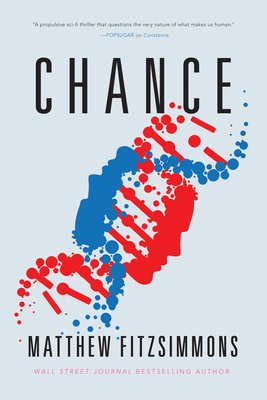 This is book number 2 in the Constance series.

Cloning is a luxury for the wealthy. For Chance Harker, it's a way of getting on with his lives. Five years ago, when he was sixteen, he and his brother, Marley, were murdered in a kidnapping gone wrong. Chance was revived--and his grieving parents met his existence with anger, neglect, and aversion. The public, though? They can't get enough of the death-defying stunts he has parlayed into a social media spectacle.

But after Chance's latest "refresh," he awakens to accusations that he's killed Lee Conway, a stranger Chance has never met. Has one of his clones? With no memory of his previous selves, and working fast before he's arrested, Chance digs into Conway's background, the mysteries of his own life--and death--and the tragic abduction that tore his family apart.

All Chance has to do is stay ahead of the LAPD; his kidnappers, who are back on the hunt; and a growing mob of incensed protesters outraged that a rich clone appears to be getting away with murder.