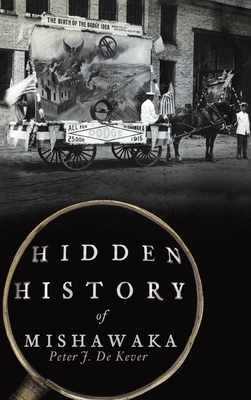 Mishawaka's history overflows with forgotten stories of people and events that shaped the city and even influenced the nation. The city celebrated one of its most exciting days on July 5, 1909, when thousands watched a massive parade and the dedication of Hotel Mishawaka. A timeless but overlooked photograph captured the patriotism of brave volunteers as they left to fight in World War I on May 10, 1917. The 1926-27 Mishawaka High basketball team made the school's only appearance in the state finals. During the Vietnam War, Talos missiles manufactured in town struck North Vietnam and avenged a captured local pilot. Author Peter J. De Kever brings to life these and other stories from the Mishawaka of yesteryear.