Log On for Crime: The Hacker Chronicles Book 2 (Paperback) 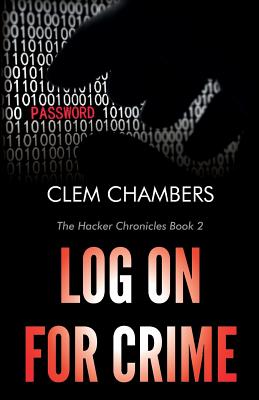 MAKING YOUR FORTUNE COULD COST YOU YOUR LIFE Set in 1980s London, The Hacker Chronicles is a tale of gangsters, crime and the birth of the digital revolution. Computer whizz Peter has set up an online network which attracts the wrong crowd: criminals who embraced technology to hide their dirty dealings. Peter got rich, then got in too deep and ended up running for his life. The only way he could survive was to fake his own death. Now the ruthless American gangsters he was in partnership with have discovered he is still breathing - and they have put a price on his head. A Boy Soldier Adam is twelve. He's not like other children. He's been honed to be the ultimate weapon, a boy soldier who is ruthless, and will obey orders without question. When the sinister government programme that created him is shut down, he becomes surplus to requirements - an embarrassment to the powers that be. Peter is persuaded to shelter Adam, and they form an unlikely partnership to help bring down the criminals who want to kill Peter. A Deadly Assassin Dee is a psychopath, a serial killer and a paid assassin. This is a woman who really, really loves her work Beautiful, sexy and deadly, she lures men into her clutches and then butchers them. She's determined to fulfil her contract to kill Peter - but not before she messes with his head and lures him into her bed. How will Peter escape from the forces arrayed against him?

Clem Chambers is CEO of ADVFN - a global stocks and shares information website, and author of the Amazon No.1 Bestseller 101 Ways to Pick Stock Market Winners. A broadcast and print media regular, Chambers is a familiar face and frequent guest presenter on CNBC and CNBC Europe. He is a regular market commentator and guest on BBC News, Fox News, CNBC Arabia, Newsnight, Al Jazeera, CNN, SKY News, TF1, Canada's Business News Network and numerous US radio stations. Clem currently writes for Forbes, Business Mirror, Inversionista, Index Trader, Traders, Gulf News and YTE. He has written investment columns for Wired Magazine, RiskAFRICA and the Scotsman and has been a commentator for The Daily Mail, The Daily Telegraph, The Guardian, The Independent and The Daily Express.