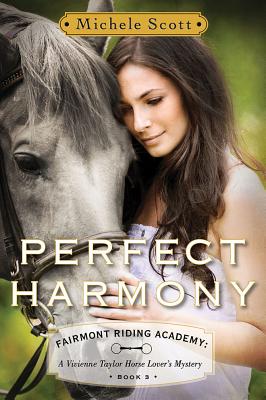 By Michele Scott
$9.99
Email or call for price.

Vivienne embarks upon the summer of her dreams as one of the few students selected for a training program back east at Liberty Farms. But as focused as she is on her riding, Vivvie also has a secret agenda: to investigate the death of Joel Parker, her friend who she believes was tragically murdered.

Vivvie has hardly set foot in the state-of-the-art barns before things start to go amiss. Her gift for communicating with horses reveals that some of the creatures are harboring dark secrets. When people turn up from Vivvie's past who she'd rather avoid, including one trainer she suspects of drugging ponies, Vivvie struggles to keep her focus. Meanwhile, ex-boyfriend drama threatens to interfere with her growing feelings for Austen, a handsome rider who wants nothing more than to keep Vivvie safe.

The mystery surrounding Joel's death deepens and as Vivvie edges closer to the truth, unexpected revelations threaten her future. Will Vivvie play it safe or will she risk it all to protect those she loves while staying in the ring?