The Complete Writings of Charles Fort: The Book of the Damned, New Lands, Lo!, and Wild Talents (Paperback) 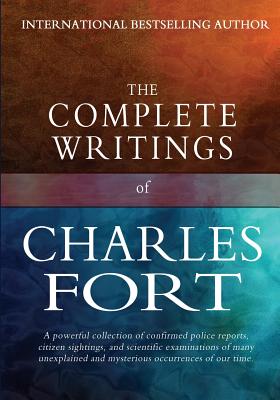 "There's no such thing as coincidence." The grandfather of alien abduction and UFO sightings provides us with a tremendous record of unusual occurrences reported and documented all over the world. Examples of the odd phenomena include the occult, supernatural, and paranormal. Reported events include teleportation (a term Fort is generally credited with coining); poltergeist events; falls of frogs, fishes, inorganic materials of an amazing range; unaccountable noises and explosions; spontaneous fires; levitation; ball lightning (a term explicitly used by Fort); unidentified flying objects; unexplained disappearances; giant wheels of light in the oceans; and animals found outside their normal ranges. Fort was first person to explain alien abduction and was an early proponent of the extraterrestrial hypothesis, specifically suggesting that strange lights or object sighted in the skies might be alien spacecraft.