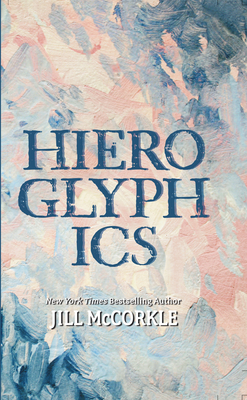 By Jill McCorkle
$38.07
Available from warehouse in 1-5 business days

Hieroglyphics is Jill McCorkle’s most engrossing and spectacular novel yet. The set-up may seem familiar and mundane: A retired couple from Boston relocate to the sandhills of North Carolina to be near their daughter and grandchildren. But McCorkle weaves an intricate, multi-generational plot, with murder, ghosts, and hidden family truths against a backdrop of two historical catastrophes. Her portrayal of family dynamics is masterful but somehow she does it with a light touch.

Early reviews have been universally outstanding: “McCorkle weaves a powerful narrative web, with empathy for her characters and keen insight on their motivations. This is a gem.” —Publishers Weekly “A deeply moving and insightful triumph.” —Booklist (starred review). “It's that quiet talent that makes Hieroglyphics a novel whose appeal will only enlarge in the reader's mind with the passage of time." —Shelf Awareness

If you haven’t discovered Jill McCorkle, now is the time.

“Jill McCorkle’s latest novel, Hieroglyphics, tackles early loss and how its memory persists in the minds of those who experience it. McCorkle weaves the stories of four unassuming characters and their individual traumas into a braided cord of empathy, revelation, and survival. Her storytelling skill is in high gear in this quiet yet deeply insightful drama that will remain in the reader’s mind long after the final page.”
— Linda Kass, Gramercy Books, Bexley, OH

"Hieroglyphics is a novel that tugs at the deepest places of the human soul--a beautiful, heart piercing meditation on life and death and the marks we leave on this world. It is the work of a wonderful writer at her finest and most profound."
--Jessica Shattuck, author of The Women in the Castle A mesmerizing novel about the burden of secrets carried across generations. Lil and Frank married young, launched into courtship when they bonded over how they both--suddenly, tragically-- lost a parent when they were children. Over time, their marriage grew and strengthened, with each still wishing for so much more understanding of the parents they'd lost prematurely. Now, after many years in Boston, they've retired to North Carolina. There, Lil, determined to leave a history for their children, sifts through letters and notes and diary entries--perhaps revealing more secrets than Frank wants their children to know. Meanwhile, Frank has become obsessed with what might have been left behind at the house he lived in as a boy on the outskirts of town, where a young single mother, Shelley, is just trying to raise her son with some sense of normalcy. Frank's repeated visits to Shelley's house begin to trigger memories of her own family, memories that she'd hoped to keep buried. Because, after all, not all parents are ones you wish to remember. Hieroglyphics reveals the difficulty of ever really knowing the intentions and dreams and secrets of the people who raised you. In her deeply layered and masterful novel, Jill McCorkle deconstructs and reconstructs what it means to be a father or a mother, and what it means to be a child piecing together the world around us, a child learning to make sense of the hieroglyphics of history and memory.