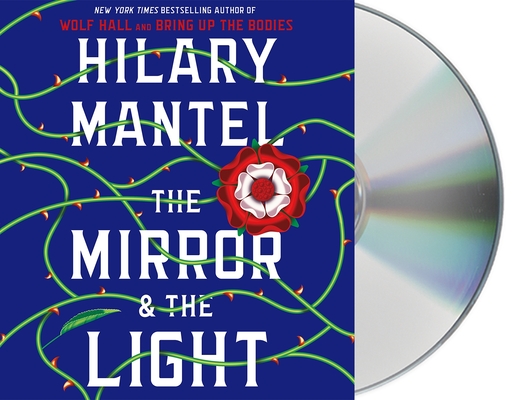 This is book number 3 in the Wolf Hall Trilogy series.

"The many listeners enthralled by the earlier two volumes in Hilary Mantel's Wolf Hall trilogy will find all their expectations met in this final installment... Here is a narrative achievement of the highest order." — AudioFile Magazine, Earphones Award winner

This program is read by Ben Miles, who played Thomas Cromwell in the Royal Shakespeare Company adaptation of Wolf Hall and Bring Up the Bodies

“If you cannot speak truth at a beheading, when can you speak it?”

With The Mirror & the Light, Hilary Mantel brings to a triumphant close the trilogy she began with her peerless, Booker Prize-winning novels, Wolf Hall and Bring Up the Bodies. She traces the final years of Thomas Cromwell, the boy from nowhere who climbs to the heights of power, offering a defining portrait of predator and prey, of a ferocious contest between present and past, between royal will and a common man’s vision: of a modern nation making itself through conflict, passion and courage.

The story begins in May 1536: Anne Boleyn is dead, decapitated in the space of a heartbeat by a hired French executioner. As her remains are bundled into oblivion, Cromwell breakfasts with the victors. The blacksmith’s son from Putney emerges from the spring’s bloodbath to continue his climb to power and wealth, while his formidable master, Henry VIII, settles to short-lived happiness with his third queen, Jane Seymour.

Cromwell, a man with only his wits to rely on, has no great family to back him, no private army. Despite rebellion at home, traitors plotting abroad and the threat of invasion testing Henry’s regime to the breaking point, Cromwell’s robust imagination sees a new country in the mirror of the future. All of England lies at his feet, ripe for innovation and religious reform. But as fortune’s wheel turns, Cromwell’s enemies are gathering in the shadows. The inevitable question remains: how long can anyone survive under Henry’s cruel and capricious gaze?

Eagerly awaited and eight years in the making, The Mirror & the Light completes Cromwell’s journey from self-made man to one of the most feared, influential figures of his time. Portrayed by Mantel with pathos and terrific energy, Cromwell is as complex as he is unforgettable: a politician and a fixer, a husband and a father, a man who both defied and defined his age.

A Macmillan Audio production from Henry Holt and Company

"Miles’ familiarity with Mantel’s portrayal of Cromwell pervades his performance of The Mirror & the Light, which traces Cromwell’s fall from greatness, beginning with the aftermath of Anne Boleyn’s beheading and ending with his own.Miles’ voice carries the power-hungry statesman’s monumental final act with ease and a delicate nuance, as only someone with a deep understanding of the story could." - BookPage

"Ben Miles — Group Captain Peter Townsend in “The Crown” — has, in addition to narrating this final volume, taken on the massive task of delivering “Wolf Hall” and “Bring up the Bodies,” as well. He also played Cromwell in the Royal Shakespeare Company’s production of “Wolf Hall Parts One & Two,” and captures again the man’s voice, its taint of baseness, its ups and downs and quiet ruthlessness." -- Washington Post

Hilary Mantel is the two-time winner of the Man Booker Prize for her best-selling novels, Wolf Hall, and its sequel, Bring Up the Bodies. The final novel of the Wolf Hall Trilogy, The Mirror & the Light, debuted at #1 on the New York Times bestseller list and won critical acclaim around the globe. Mantel is the author of over a dozen books, including A Place of Greater Safety, Beyond Black, and the memoir Giving Up the Ghost. In 2014 she was appointed Commander of the Order of the British Empire.