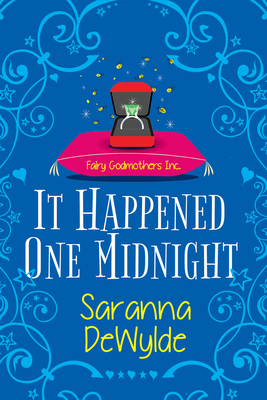 Fans of The Ex Hex and Payback’s a Witch won’t want to miss this delightful and entertaining novel featuring three meddlesome fairy godmothers on a mission to restore their hometown’s deep well of enchantment by conjuring true love…even in the most reluctant couples.

“Readers will be swept away by this enchanting story.” – Publishers Weekly STARRED REVIEW

CAN YOU SKIP THE STORYBOOK BEGINNING…

Novelist Juniper Blossom has romance down to a science in her bestselling books. But she’s not about to settle for just any man—a happy ending looks different for everyone, and she needs to find the guy whose idea of forever matches her own. Try telling that to her adorable, meddling grandmothers, though. If she doesn’t find a man soon, they’re going to find one for her. Which is why Juniper has prepared for a trip home to Ever After by fibbing that her sexy, smart, sweet best friend Tomas is her fiancé! He doesn’t believe in love at all, but that doesn’t matter if they’re just pretending…

ON THE WAY TO THE HAPPY ENDING?

Divorce attorney Tomas Rivera is as proud of Juniper’s authorial success as she is, but that doesn’t mean he buys into her books’ premise. His career is proof enough that true love is the real fairy tale—and everyone knows fairy tales aren’t real. But he can never say no to gorgeous Juniper, and an “engagement” might move him one legal brief closer to partner at his old-fashioned firm. Yet playing the part suddenly starts to mean feeling it, especially when a kiss just for show turns up the heat between them. Is happily ever after possible for two people who aren’t on the same page when it comes to love?

Saranna DeWylde is a former corrections officer and full time Amazon Goddess who had her fill of shanks and decided her pen was meant for Happily Ever Afters instead of disciplinary reports. She lives in the Midwest with her very own Prince Charming and loves to hear from her readers. You can find her at www.sarannadewylde.com.

Praise for It Happened One Midnight

“Proving that some series only get better with each book, DeWylde’s third Fairy Godmothers, Inc. romantic fantasy packs an emotional wallop while still delivering all the charm and humor fans expect…The strong focus on communication makes the leads’ transition from friends to lovers believable and resonant. Readers will be swept away by this enchanting story that argues that fairy tale endings are within reach for those who put in the work.”
—Publishers Weekly STARRED REVIEW