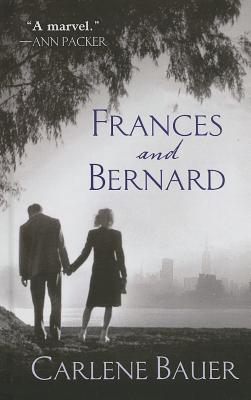 By Carlene Bauer
Email or call for price
Out of print

“The main characters in this lovely gem of a novel are loosely based on Flannery O'Connor and Robert Lowell. The story is told entirely in the form of letters -- not an easy feat, but Bauer makes it work beautifully. Frances and Bernard meet in the late 1950s at a writer's colony, and though they don't immediately click, Bernard sends Frances a letter that begins an intense philosophical, spiritual, and physical relationship. A true treat for readers!”
— Cody Morrison, Square Books, Oxford, MS