You, Me, and Our Heartstrings (Hardcover) 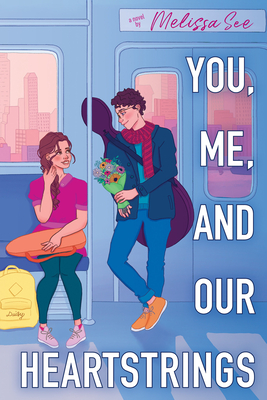 A fresh and fun teen romance starring a girl with cerebral palsy, and a boy with severe anxiety.

Daisy and Noah have the same plan: use the holiday concert to land a Julliard audition. But when they're chosen to play a duet for the concert, they worry that their differences will sink their chances.

Noah, a cello prodigy from a long line of musicians, wants to stick to tradition. Daisy, a fiercely independent disabled violinist, is used to fighting for what she wants and likes to take risks. But the two surprise each other when they play. They fall perfectly in tune.

After their performance goes viral, the rest of the country falls for them just as surely as they're falling for each other. But viral fame isn’t all it’s cracked up to be. No one seems to care about their talent or their music at all. People have rewritten their love story into one where Daisy is an inspiration for overcoming her cerebral palsy and Noah is a saint for seeing past it.

Daisy is tired of her disability being the only thing people see about her, and all of the attention sends Noah’s anxiety disorder into high speed. They can see their dream coming closer than it’s ever been before. But is the cost suddenly too high?