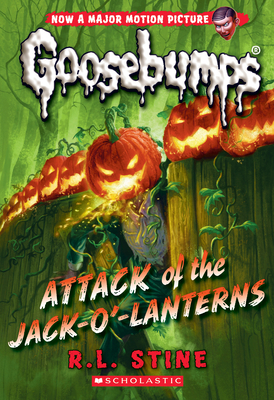 This is book number 36 in the Classic Goosebumps series.

The original series from the Master of Fright -- now a major motion film with a sequel premiering October 12, 2018!PUMPKIN POWER!Nothing beats Halloween. It's Drew Brockman's favorite holiday. And this year will be awesome. Much better than last year. Or the year Lee and Tabby played that joke. A nasty practical joke on Drew and her best friend, Walker.Yes, this year Drew and Walker have a plan. A plan for revenge. It involves two scary pumpkin heads.But something's gone wrong. Way wrong. Because the pumpkin heads are a little too scary. A little too real. With strange hissing voices. And flames shooting out of their faces...