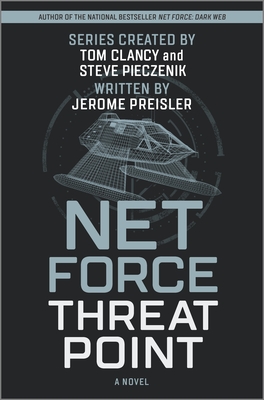 This is book number 3 in the Net Force series.

THE UNITED STATES MAY SEEM SAFE FROM WITHIN BUT BEYOND ITS BORDERS, A NEW ENEMY RISES An American ship has vanished. The president has tasked the new cyber-intelligence agency, Net Force, with finding out what happened to the vessel. But their investigation reveals a plan that could trigger a world war. Their only option is to strike first. Through the streets of New York, a secret city in Crimea and the depths of the South China Sea, Net Force must race to discover who is behind the attack...before it's too late. "Jerome Preisler takes us deep into the dark side of the web." --Jim DeFelice on Net Force: Attack Protocol "A tightly woven, expertly crafted story with a finger on the pulse of the overwhelmingly clear and present danger of cyberterrorism." --Marc Cameron on Net Force: Dark Web