The Last House on the Street: A Novel (CD-Audio) 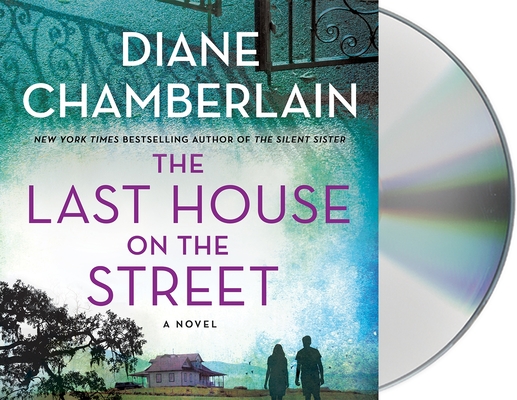 This book has everything: mystery, romance, suspense, strong female protagonists, and social justice. In 1965, Ellie is spending her summer canvassing rural North Carolina to help Black people register to vote and, against her better judgment, falling in love with her Black coworker. In 2010, Kayla is recovering from the sudden accidental death of her husband and moving into the dream house they built together -- the house he died in, and the house someone is determined to scare her away from. These two stories weave together to create a compelling and heartfelt narrative that kept me reading late into the night.

“This bucolic neighborhood may look like a slice of paradise, but Round Hill hides a dark history. Chamberlain masterfully weaves two narratives together to craft a work of both white-knuckle suspense and historical fiction.”
— Pamela Klinger-Horn, Valley Bookseller, Stillwater, MN

Growing up in the well-to-do town of Round Hill, North Carolina, Ellie Hockley was raised to be a certain type of proper Southern lady. Enrolled in college and all but engaged to a bank manager, Ellie isn’t as committed to her expected future as her family believes. She’s chosen to spend her summer break as a volunteer helping to register black voters. But as Ellie follows her ideals fighting for the civil rights of the marginalized, her scandalized parents scorn her efforts, and her neighbors reveal their prejudices. And when she loses her heart to a fellow volunteer, Ellie discovers the frightening true nature of the people living in Round Hill.

Architect Kayla Carter and her husband designed a beautiful house for themselves in Round Hill’s new development, Shadow Ridge Estates. It was supposed to be a home where they could raise their three-year-old daughter and grow old together. Instead, it’s the place where Kayla’s husband died in an accident—a fact known to a mysterious woman who warns Kayla against moving in. The woods and lake behind the property are reputed to be haunted, and the new home has been targeted by vandals leaving threatening notes. And Kayla’s neighbor Ellie Hockley is harboring long buried secrets about the dark history of the land where her house was built.

Two women. Two stories. Both on a collision course with the truth--no matter what that truth may bring to light—in Diane Chamberlain's riveting, powerful novel about the search for justice.

DIANE CHAMBERLAIN is the New York Times and USA Today bestselling author of twenty-eight novels published in over fifteen languages. Her books include Big Lies in a Small Town, The Stolen Marriage and The Dream Daughter. She lives in North Carolina with her partner, photographer John Pagliuca, and her sheltie, Cole.

Susan Bennett is known for her radio and television voiceover work. She has narrated a host of audiobooks, including those from bestselling authors Peggy Post, Linda Francis Lee, Dorothea Benton Frank, Emma McLaughlin, and Nicola Kraus. Her reading of Tiger, Tiger by Margaux Fragoso won an AudioFile Earphones Award. In describing Susan’s reading style, Publishers Weekly has said, “Bennett's narration is excellent: she draws the listener into the story... keeping the pacing brisk and entertaining.” Susan also dabbles in the music industry as the singer and keyboardist for The Interactive! Band. Along with her guitarist husband, Rick Hinkle, Bennett is the co-owner of Audiocam Music, a full service recording studio.