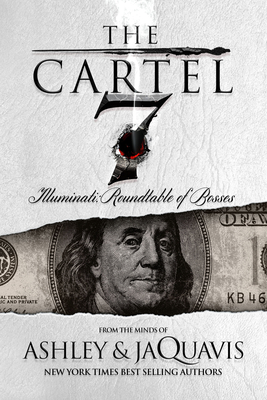 This is book number 7 in the The Cartel series.

The saga of love, loyalty, and crime continues in the next explosive book in the Cartel series from the minds of New York Times bestselling authors Ashley & JaQuavis.

After the tragic and bloody end to The Cartel’s reign, Carter is forced into isolation to evade the law. With his wife, Miamor, facing federal charges and his dear brother, six feet under, Carter has never been more alone. His empire is at his feet and he has no idea how to rebuild his kingdom. The only thing that is certain is that he has to stay out the way and off the radar of the Feds until he can figure out how to get his lady out of prison.

Miamor’s freedom is guaranteed—provided Carter help create and distribute a drug that will take the streets by storm. Rubbing elbows with the most notorious, ruthless leaders of the underworld will get him what he wants. But can he win at their game of murder and money?

Ashley & JaQuavis are New York Times bestselling authors of over 30 novels, including the Cartel series; the Luxe and Prada Plan series from Ashley Antoinette; and The Streets Have No King and The Stiletto Agreement from JaQuavis Coleman. They are the youngest black writers to ever debut on the prestigious New York Times list. Ashley Antoinette is a writer for the hit VH1 series Single Ladies, whiel JaQuavis Coleman is directing film projects for legendary rap artists, Prodigy and Scarface.

JaQuavis Coleman is the prolific writer from Flint, Michigan and is known for his witty street tales that depict the street/urban lifestyle. His clever storytelling ability gives readers a perspective from a young street hustler and the authenticity is evident. In 2013 he was honored by Ebony magazine as being one of the top 100 most influential African Americans in the country. He's the author of The Dopeman series and The Cartel 6: The Demise, with Ashley Antoinette Coleman.