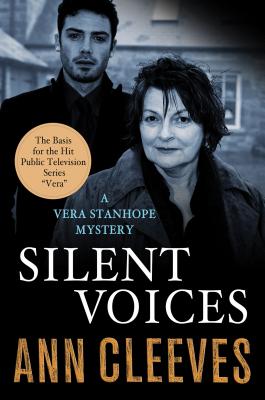 By Ann Cleeves
Email or call for price
Out of print

This is book number 4 in the Vera Stanhope series.

Ann Cleeves has thrilled readers everywhere with her critically acclaimed mystery series set in the Shetland Islands, which began with the award-winning Raven Black. Now, Cleeves is back with another compelling mystery series (set in Northumberland, England). This one features detective Vera Stanhope, the lead character played by Brenda Blethyn on the hit television series "Vera." Destined for the same kind of fame achieved by Colin Dexter's Inspector Morse, the show is a favorite of millions of viewers in the U.K. and is available here on Netflix, PBS, and Amazon.

When Vera finds the body of a woman in the sauna of her local gym, she wonders briefly if, for once in her life, she's uncovered a simple death of natural causes. But when a closer inspection reveals bruises around the victim's throat, Vera's team start their investigation. Vera and her colleagues soon uncover details in the victim's past that may explain her untimely death. But Vera knows from experience that there's no such thing as a simple case, and this one gets more baffling by the minute.

With pitch-perfect writing, a finely tuned mystery, and a protagonist with a complex past of her own, Silent Voices is a stand out penned by one of Britain's most successful mystery writers.

“I do love Vera!” —Val McDermid

“One of the most appealing fictional detectives to emerge since Andy Dalziel got into his stride.” —Martin Edwards, Spintingler Magazine (UK)

“Watch out for Ann Cleeves . . . Snapped up by ITV, her creation, Detective Inspector Vera Stanhope, is the new Frost, played by Brenda Blethyn.” —Red magazine (UK)