The Last of the Mohicans: Bilingual Edition: English-French (Paperback) 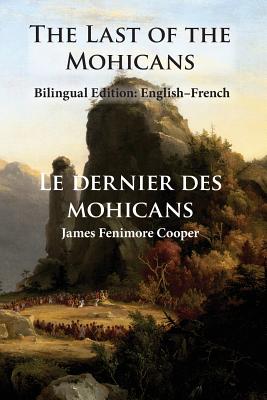 The Last of the Mohicans: A Narrative of 1757 was published in 1826, the second and most popular in a series of five books by James Fenimore Cooper that make up the Leatherstocking Tales pentalogy, a series featuring the American frontiersman Natty Bumppo. This installment follows Natty, or Hawkeye, and his Delaware Indian companions as they escort the daughters of an English colonel to Fort William Henry in the wild frontier of New York during the Seven Years' War. This second novel in the series has been adapted for many films, TV, radio, opera, and comics, and continues to be the most popular of all of Cooper's works. This bilingual edition is designed to assist those learning French. The original English text appears on the left-hand pages of the book, with the corresponding French translation on the right-hand pages. Other bilingual books available from Sleeping Cat Press:
The Picture of Dorian Gray
Selected Works of Edgar Allan Poe
The Fables of Jean de La Fontaine
Candide
Shakespeare's Sonnets
New Fairy Tales for Small Children
The Tales of Mother Goose
The Count of Monte Cristo (Unabridged, Vols 1-4)
Madame Bovary