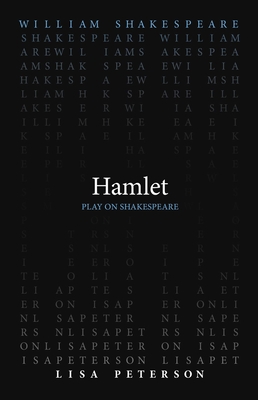 I love Shakespeare! I enjoy seeing his plays performed and reading them.  When I heard about these new translations I was intrigued. I was expecting some very modern version but what I found was the same beautiful language and turn of phrase I had read many times.  Some outmoded manners of expression have been changed but in a way that maintains the cadence and essence of the passage. These translations are accessible on first reading and a complete delight to read. As a bonus the very reasonable pricing makes it easy to add a second copy of a treasured play to your collection.

Plays currently available from Play on Shakespeare are Hamlet, Macbeth, As You Like It, The Tempest, Midsummer Night's Dream and The Merchant of Venice. More are on the way.

To thine own text be true—Lisa Peterson’s translation of Hamlet into contemporary American English makes the play accessible to new audiences while keeping the soul of Shakespeare’s writing intact.

Lovers of Shakespeare’s language take heart: Lisa Peterson’s translation of Hamlet into contemporary American English was guided by the principle of “First, do no harm.” Leaving the most famous parts of Hamlet untouched, Peterson untied the language knots that can make the rest of the play difficult to understand in a single theatrical viewing. Peterson’s translation makes Hamlet accessible to new audiences, drawing out its timeless themes while helping to contextualize "To be, or not to be: that is the question," and “Something is rotten in the state of Denmark,” so that contemporary audiences can feel their full weight.

This translation of Hamlet was written as part of the Oregon Shakespeare Festival’s Play On! project, which commissioned new translations of thirty-nine Shakespeare plays. These translations present work from "The Bard" in language accessible to modern audiences while never losing the beauty of Shakespeare’s verse. Enlisting the talents of a diverse group of contemporary playwrights, screenwriters, and dramaturges from diverse backgrounds, this project reenvisions Shakespeare for the twenty-first century. These volumes make these works available for the first time in print—a new First Folio for a new era.

Lisa Peterson is a two-time OBIE award-winning director and writer. She created and cowrote An Iliad, with Denis O’Hare, based on Homer’s epic poem. She also recently directed their second collaboration, The Good Book, at Berkeley Repertory Theatre. In addition to many classic plays, Lisa has directed new works across the country.