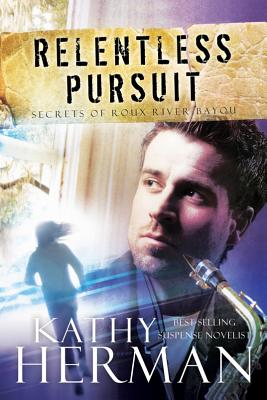 By Kathy Herman
Email or call for price
Out of print

Rich with the Cajun flavors of south Louisiana, this final book in the Secrets of Roux River Bayou Series is a story of what it means to find true peace in an uncertain world.
Sax Landry left home at seventeen to escape his father’s abuse, leaving his mother and sister to fend for themselves. Now, twenty-eight years later, both parents are dead, and guilt compels him to find his sister and make peace. His search leads to Les Barbes, Louisiana, where authorities fear a bio-terrorist has injected cyanide into juice cartons and fresh produce at the grocery store. People are dead. It’s not safe. Sax stays, fearing death less than living another day without peace. A divine appointment is about to change all that forever.

Best-selling suspense novelist Kathy Herman has written nineteen novels—including the Sophie Trace Series, the Seaport Suspense Series, and the Phantom Hollow Series—since retiring from her family’s Christian bookstore business. She and her husband, Paul, have three grown children and live in Tyler, Texas.