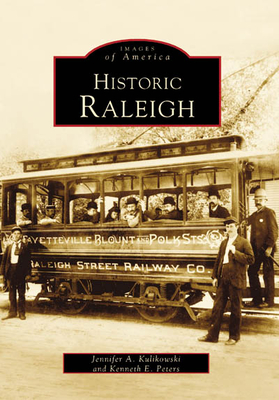 As one of the few planned state capitals, Raleigh, North Carolina has experienced tremendous growth since its creation. Historic Raleigh traces the city's transformation.

North Carolina's capital city is a picturesque oak-canopied community founded in 1792. It has expanded from a small but busy 18th-century town to the modern-day anchor for one of America's largest technological centers. Incorporating more than 200 vintage photographs, this volume features state government buildings such as the State Capitol and the Executive Mansion, six institutions of higher learning, the changing face of downtown and Fayetteville Street--which once was the heart of Raleigh's commercial district--the suburban explosion that began with Cameron Village, the evolution of Raleigh's multi-cultural neighborhoods, and celebrations hosted by the city. The images, coupled with informative text, also delve into the ways in which national events affected Raleigh on the local level.